Shared Value Summit India 2018  – How businesses can contribute towards SDGs 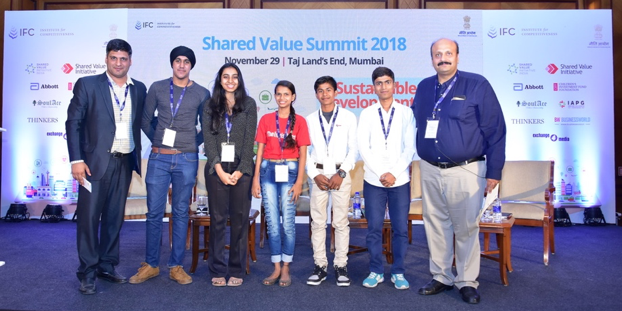 Shared Value Initiative India (SVII) held the Shared Value Summit 2018 on November 29 at Taj Lands End, Mumbai in conjunction with NITI Aayog. The event was attended by key stakeholders from the government, the business community and the field of academics. The theme of the summit, “Goals to Transform Our World”, revolved around the role that corporates play in driving the Sustainable Development Goals of countries.

The event kicked off with an introductory keynote from Dr. Bibek Debroy, Chairman of the Economic Advisory Council to Prime Minister. Dr. Debroy talked about how any progress towards achievement of the sustainable development goals in India is marred by data difficulties. Data becomes problematic to access at the sub-national levels and become progressively unavailable at higher levels of regional disaggregation. Therefore, monitoring under SDGs becomes almost impossible to track. He also talked about the problem of excessive centralisation in India and the efforts of his government in moving towards higher decentralisation. Now, about 70 percent of public expenditure happens at the level of the states. This, as per Dr. Debroy, shows the expanding power of the States as opposed to the Union in the recent years in India. He, then, went on to elaborate the various efforts by the Modi government to improve the economic framework of the country, which form a part of his new book, “Making of New India: Transformation Under Modi Government. His keynote was also followed by a fireside chat with Dr. Amit Kapoor, Chair, Institute for Competitiveness where he went on to talk at length about the state of the Indian economy under the Modi government and the corruption scenario in the country. 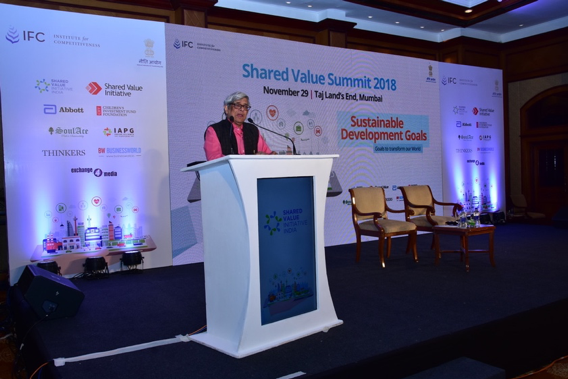 Following Dr. Debroy’s insightful talk, a panel discussion was held on the idea of “Competitiveness, Clusters & Shared Value”, moderated by Syed Munir Khusru of The Institute for Police, Advocacy and Governance (IPAG). The panel focussed on the social development of cluster development across various sectors. Amal Kelshikar, General Manager, Abbott, talked about how his company overcame the problem of access to raw material in India by enabling cluster development among milk farmers. On a similar note, Dr. P.V. Murthy of The Indian Hotels Company explained how his company aims at sourcing raw materials from various social-impact groups around the country along with working upon skill development of marginalised sections to add to their workforce. Amanda MacArthur from PYXERA Global elaborated on her organisation’s efforts to engage the corporate sector in the social sector space to affect change on the ground, especially in the field of education. Their efforts specifically cover Goal 17 of the SDGs. Finally, Ganesh Natarajan from 5F World how his organisation has similarly brought together corporates, government and civil society to improve digital literacy in the city of Pune and effectively changing over 250,000 lives in the process.

A unique keynote from Ajay Singh, (Retd) Lt Governor of Andaman & Nicobar Islands followed the panel discussion. Mr. Singh talked about the economy of Andaman & Nicobar Islands and the challenges he faced in trying to get its inhabitants into the mainstream and in reviving the spirit of entrepreneurship. His keynote was quickly followed up with an intelligible keynote from M.K. Anand, MD & CEO of Times Network on the role that media plays in our democracies. Theoretically, the news context is set by the events themselves, he pointed out to the audience. However, the way news is presented mostly ends up defining the context. How and for what this context is used determines the strength of democracies. This exchange of ideas was punctuated with the signing of Statement of Shared Principles for companies to commit to ending the practice of child labour. 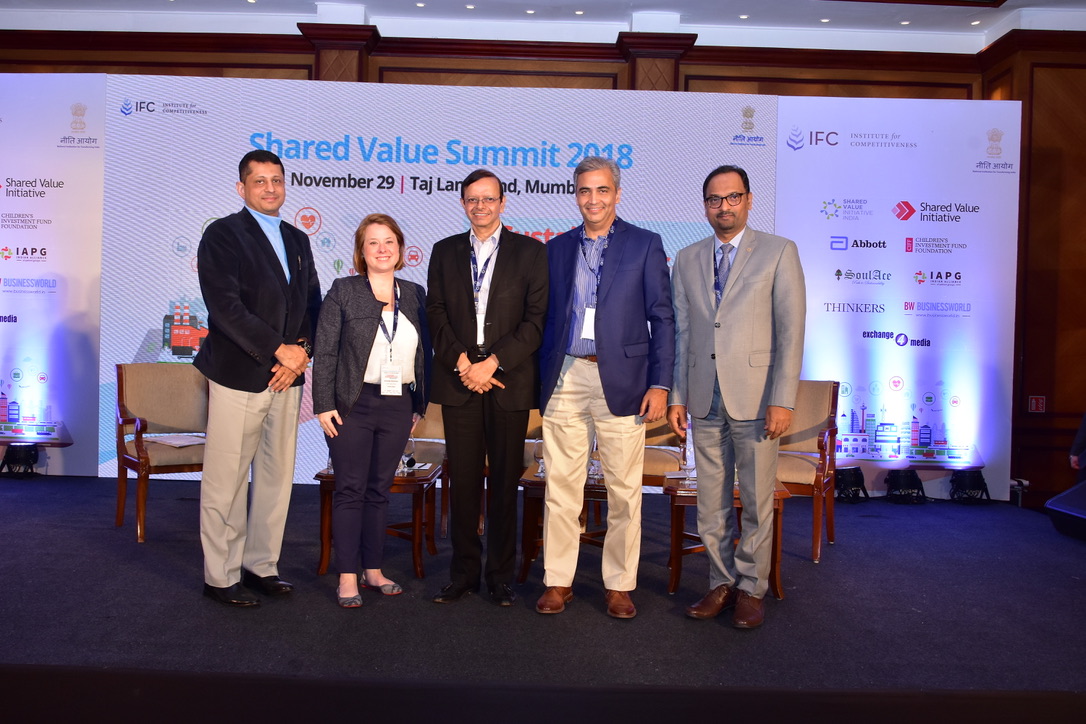 Following this, a panel discussion was held on “Urbanization, Transportation & Sustainability”, which aimed to talk about creating cities that are not socially and environmentally deleterious in light of the liveability issues that are arising in cities like Delhi and Bengaluru. According to Richie Ahuja of the Environmental Defense Fund, cities are a social construct and a contract between and among people. Therefore, it is important to build cities through participatory approaches. As a solution to making Indian cities more liveable, Dr. Amitabh Saran, CEO of Altigreen Propulsion Labs talked about the utility of electric and hybrid vehicles when 14 of the world’s most polluted cities are in India. Monish Verma from InCircle Innovations talked about the experience of implementing such ideas at the ground level and explained why they could prove to be practical alternatives. In the spirit of making mobility more environmentally sustainable, Ajay Mehra, Managing Director of Bombardier, highlighted how the aviation sector is looking into reducing carbon emissions through innovative solutions.

The importance of Information & Media

The next panel was moderated by Dr. Amit Kapoor where the role of Information & Media in creating societal value was discussed. Yatish Rajawat began by remarking that corporates have a limited role on this front as the mandate of companies is to make profits. On the other hand, Rohit Bansal of Reliance Industries argued how Jio is making internet accessible to the masses to exemplify the socio-economic impact businesses can have merely through their operations. Ashu Phakey of HT Media also put across a similar argument when he pointed out that about 20 percent of the population that is 12 years or above read a paper every day. That gives newspapers a substantial reach to inform and educate the masses. Himanshu Jain from Diversey encapsulated these points when he said that businesses can simply not exist if they cannot create social value.

The event then moved on to a very unique session of story-telling by the Ashoka Young Changemakers. The panel consisted of a group of five young people who had each made a substantial impact on the society through their efforts. Ishita Mangla outlined her creation of a visual activity test, which provides accessible visual tests for children so that any visual ailments can be detected early before they develop into serious conditions. Sahil Balmiki shared his dream of educating every child in India and his efforts on those lines. Manisha Kamble described her efforts towards eliminating child hunger while Pradeep Mewada shared his experiences in improving the sanitation around his city. Lastly, Simar Singh talked about his idea of spreading awareness about the issues of contemporary concern through popular media channels and how he successfully put it into practice.

The final panels of the day were moderated by David Wilcox from Reach Scale on achieving better health and education outcomes. Wilcox stressed on the importance of scale in producing social impact. He was of the view that the best way to buy impact is to buy scale. He cited Aadhar and Swacch Bharat as the leading examples of scale in India.

Shared Value Initiative India connects the business and community leaders towards defining the practices of shared value in India. The initiative commits to bringing forward the realization, understanding, adoption and implementation of the best practices for creating shared value among the companies, civil society and government organizations in India. Shared value practices will accelerate the economic and social progress towards a more equitable and sustainable world.