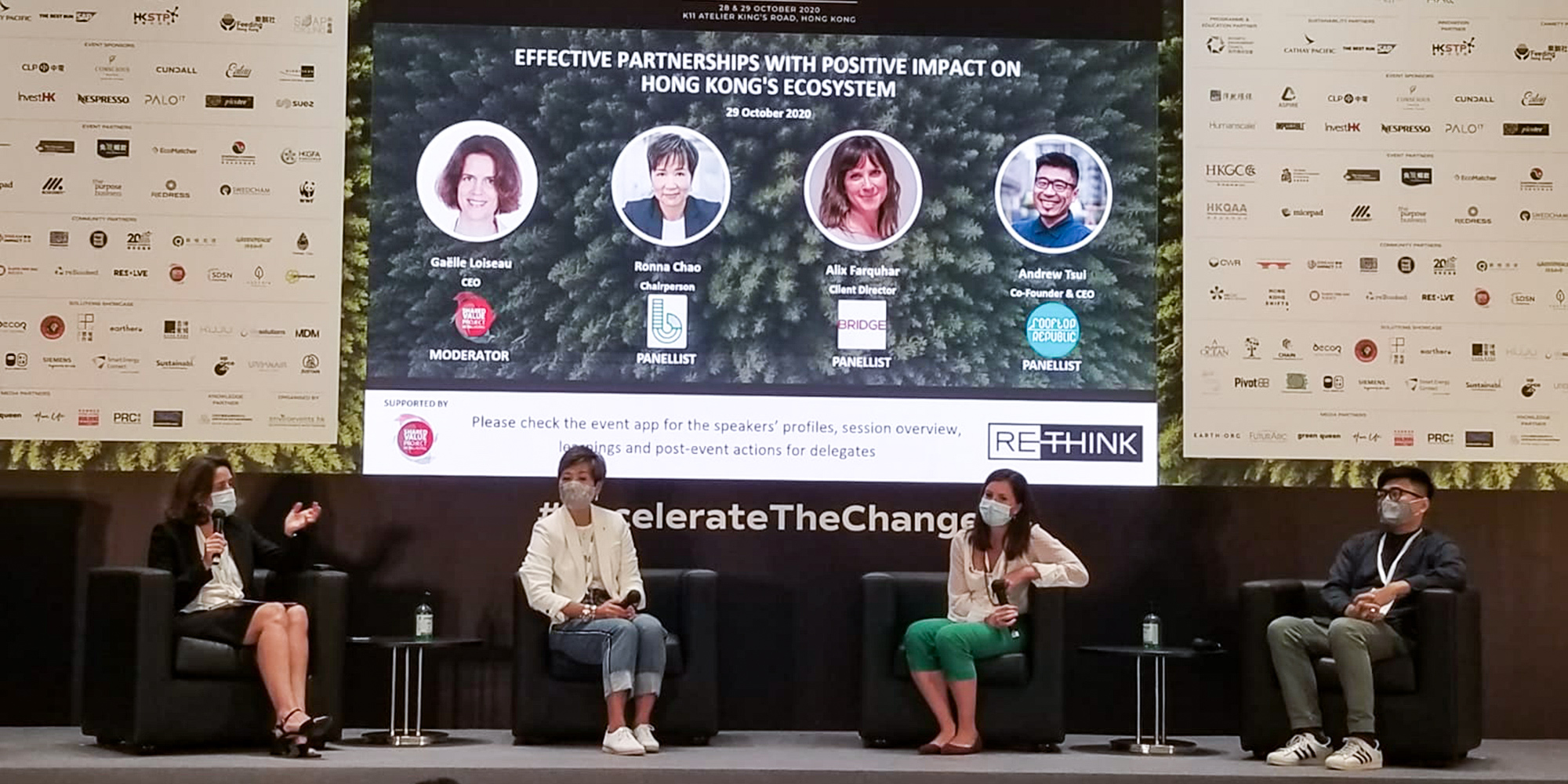 ReThink, Hong Kong’s sustainability forum held 28-29 October, set itself a high bar by asking from the outset, how can we help businesses accelerate change towards a more sustainable future?

The panel ‘Effective partnerships with positive impact on Hong Kong’s ecosystem’, moderated by SVIHK CEO Gaëlle Loiseau, dug deep into this question by focusing on the ‘how’, and recognising that attempting change at scale in isolation is futile unless players join together for greater impact and intentional Shared Value.

Ronna Chao, Chairperson at Novetex Textiles, shared the example of The Billie System, pioneered by Novetex Textiles in partnership with The Hong Kong Research Institute of Textiles and Apparel (HKRITA). The driving force behind setting up the system was Novetex’s own drive to save costs, by recapturing the value in the textile waste generated by their operations. Their collaboration resulted in a patented solution to recycling textile waste that reduces adverse impacts on the environment, now operating successfully as a separate commercial entity.

Next was Alix Farquhar, Client Director at BRIDGE Partnership, which through its charitable arm, BRIDGE Institute, convenes individuals from all sectors (government, NGO, business etc.) to address complex world problems. Often, Alix explained, these problems are systemic, and the only way to change a system is to get the right people, capable of forging the right partnerships, in the same room.

Third and final panelist was Andrew Tsui, CEO and co-founder of Rooftop Republic. His urban farming business looks at the opportunities of working with commercial partners to reimagine idle assets (such as roof tops) into productive, sustainable community spaces reconnecting people with food.

Three successful organisations; each creating Shared Value in their own way. But the challenges involved are many. All three panelists agreed that it is vitally important to find common language. In order to challenge the status quo and transform old thinking, all stakeholders must begin at a low level to bring the challenge within reach.

Alix describes this as getting everyone to a level of ‘humility’. When convening groups to tackle social issues she is trying to invoke an empathy that will lead to a change in mindset. When this happens people are energised and more willing to drive change within their organisations. 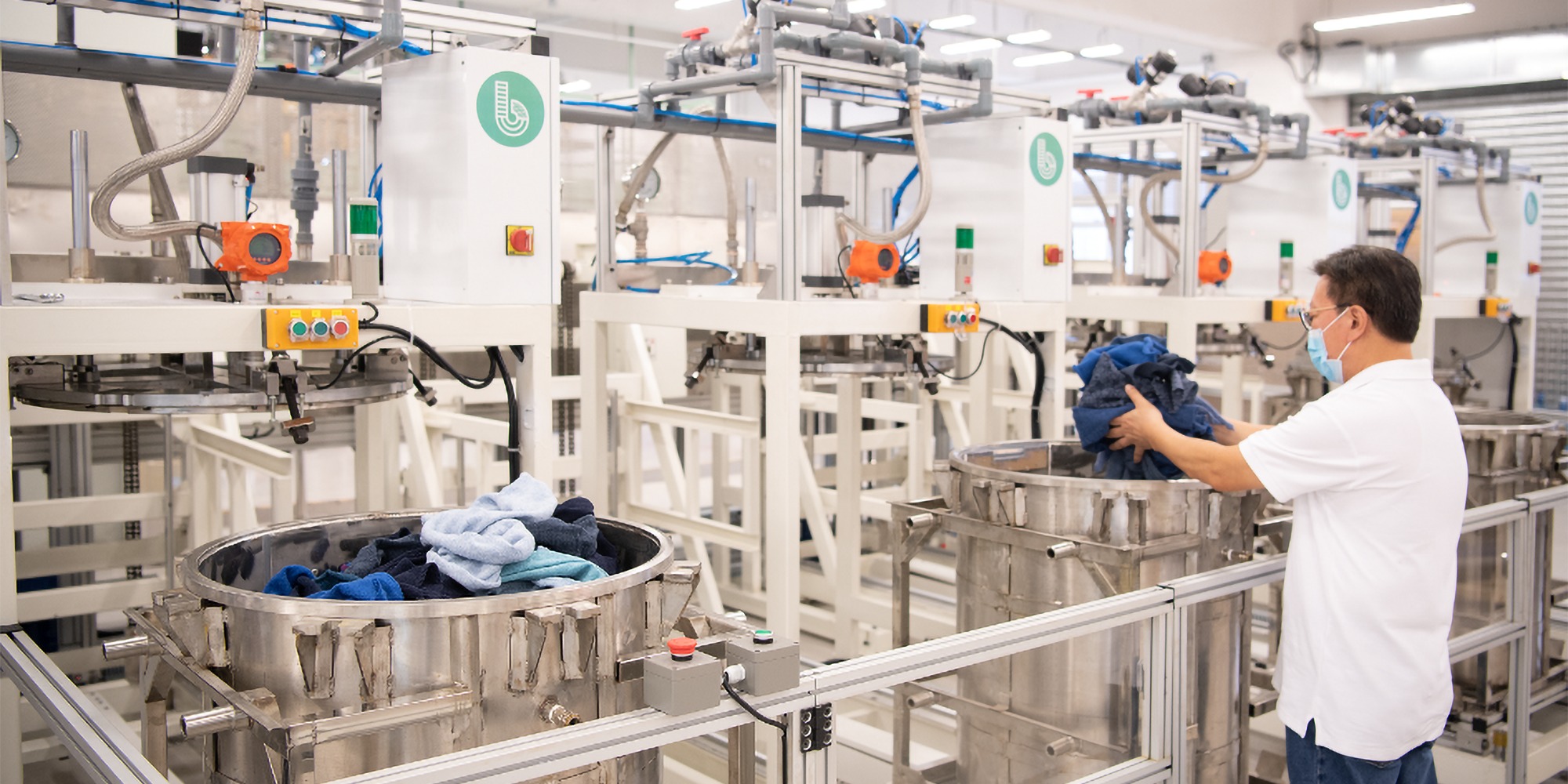 Fostering this change in mindset is one reason why Novetex decided to set up the Billie System as a new, separate entity. Being independent from its established parent company helped them combat entrenched industry views that waste recycling challenges are insurmountable. By starting small and having realistic expectations they started a ripple effect and proved the viability of the system.

Tackling the huge problem of food waste in Hong Kong is the challenge being addressed by Andrew and Rooftop Republic. He sees food literacy as a big part of the solution. If communities are involved with naturally produced food this may lead to more considered and purposeful consumer behaviours. But as a small startup he can’t do this without effective partnerships with commercial and industrial partners who are prepared to commit to a longer term vision of sustainability.

The perspectives shared by the panel point to the fact that the private sector is best placed to drive change at scale. The Billie System from Novetex, Urban Rooftop’s reimagining of idle spaces and Bridge Institute’s ability to harness the talents of the right people, were only possible because each spoke the language of Shared Value. Partnerships that look at sustainability through a lens of opportunity are capable of unlocking new ideas and new systems. Through collaboration and an acceptance that sometimes it pays to be realistic, true change and impact are possible.